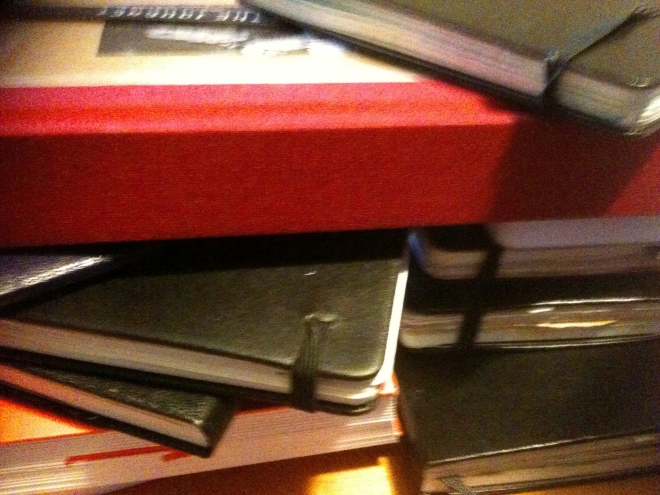 Some of the visual journals I've filled over the years.

“Who is left among you who saw this temple in its former glory? And how do you see it now? Does it not seem like nothing to you in comparison?” Haggai 2:3

I was about two months into what would be six months of physical and occupational therapy after my brain surgery. That’s when I realized that the best way to make progress was to tell my therapists what I wanted and needed.

That was how my work on my visual journals started–really, really, started.  Before, I had created collages and kept art journals off and on, but brain surgery had left my hands so weak and uncoordinated that I could barely write or hold scissors. Creating art seemed out of the question, yet at the same time, it wasn’t a part of my past that I was willing to give up.

So the occupational therapist and I brainstormed a bit. She asked if could I use punches instead of scissors. She suggested exercises I could do to strengthen my hands enough to hold a paintbrush. I was determined to try.

I set myself a goal of creating a collage a week in my art journal, but became so excited that I completed one a night for several nights in  a row. The journal became a tangible way to see progress though out my months of therapy. It was something small that I could keep close, look at, and think, “I made that!”

Were those pages like the artwork I had created before? No, but somehow the restrictions on my creativity slowed me down and forced me to explore new paths–ones I would not have bothered with before because there were so many others to travel, and they all seemed so easy.

When I showed fellow therapy patients my journal, they got it–they understood the pain, frustration, the small triumphs, all without a word said. 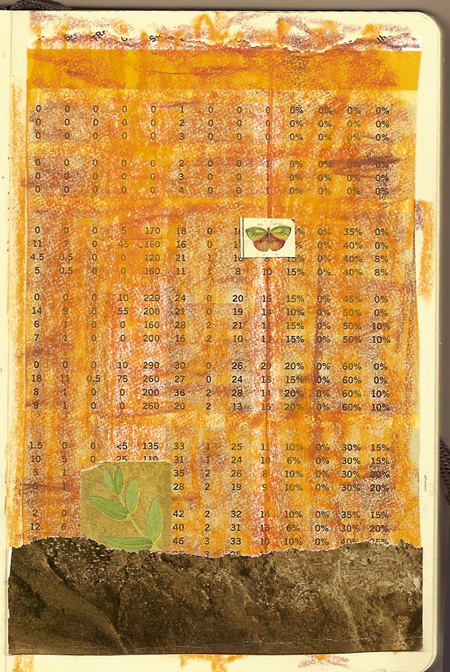 One of the pages in the first journal that I worked on while in occupational therapy.

2 thoughts on “Journals and Healing”