The Swimming Lesson
by Mary Oliver

Feeling the icy kick, with the endless waves
Reaching around my life,
I moved my arms
And coughed
and in the end, saw land.

Somebody, I suppose,
Remembering the medieval maxim,
Had tossed me in,
Had wanted me to learn to swim,

Not knowing that none of us,
that ever came back
From that long lonely fall and frenzied rising,
Ever learned anything at all about swimming,
but only
How to put off,
One by one,
Dreams and pity,
love and grace,
How to survive in any place.

First I’ll tell you about Phyllis. Her stroke dealt her a harsh blow–she cannot walk without assistance and she has lost the use of one hand. She has also lost self-control–she acts petulant, spoiled, and manipulative; she will throw objects in anger at the slightest perceived insult.

She’s one of the patients I meet at rehab whose life has been forever altered by their brain injury–whether it’s a stroke, accident or surgery, like me. Her former self has been stolen.

John was a trial lawyer. I am not why, but after his stoke he has a terrible stutter. I assume he was once articulate; now his primary therapist tells me she hopes to find him an administrative job in a law office. She has him practice by making copies and collating them. When he drops the stack of papers he just sorted, I notice that the long streak of curses he yells is not once interrupted by his stammer.

Kent is sweet, but cannot focus. In the middle of telling me about the college he took his teenage son to visit, he trails off. “What was I saying?” he asks, ashamed.

Larry tells me about the terrible-tasting meatloaf his wife cooked last week. He ate it without complaining–“It’s the least I can do after all she’s done for me.” Like so many rehab patients, Larry may never work again. His vision is now so bad that he cannot read a line of type or calculate a sum of numbers. (“Oh, I didn’t see that 2 there.”)

The second John is an ex-Marine. He was a helicopter pilot who fought in Desert Storm. He once ran his own company, but he had to sell it after the awful elevator accident that caused his brain injury. He isn’t fit for work any longer.

What lives are we suited for now that we have been broken? I ask myself that constantly, or at least I do when I can stop wondering why these things happened to these innocent people.

How does a thief choose his victims? It cannot be because we are weak. These are some of the strongest people I know. 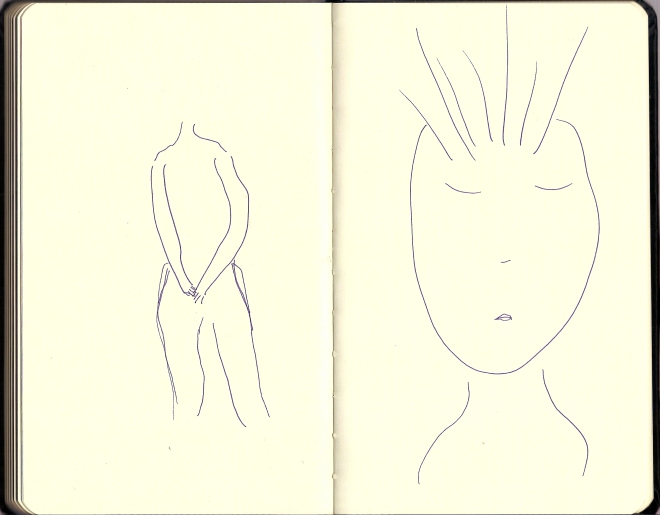 When we are robbed, we feel exposed and violated.